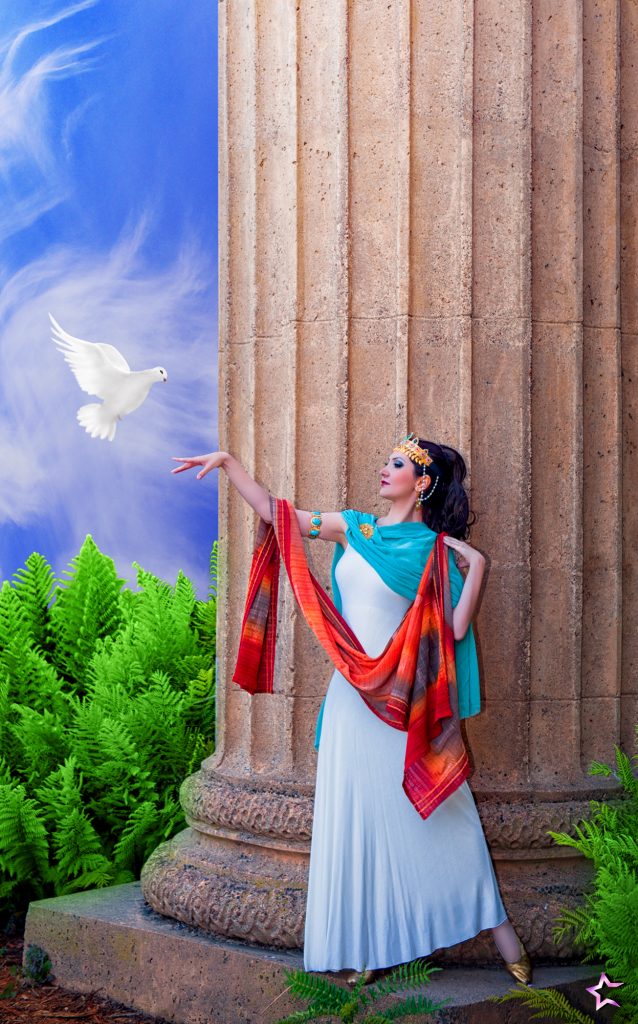 Farima Berenji is an Iranian-American scholar and dance ethnologist, an award winning internationally acclaimed dance artist, a choreographer, instructor, and an archaeologist specializing in ancient, sacred, classical, and folkloric dances of Persia, Ionia, and the Silk Road. She is a third generation artist—her devotion to the world of arts inspired by both her mother and grandmother as performing artists, poets, and musicians of Azerbaijani heritage. Farima has spent her lifetime studying Persian/Iranian and Central Asian dance, culture, and history. Recognized as one of the few world scholarly experts of ancient and mystical dance ethnology, she travels worldwide to record, research, lecture, perform, educate, and to inspire dynamic creativity and rejuvenation through dance and movement.

Farima has a Masters of Arts Education degree in anthropology and archeology with special emphasis in Persianate studies and dance ethnology. She also holds a B.S. in Health Science with a Minor in Art History and Performing Arts. Following her education, Farima completed her residency with the UN writing her archaeological thesis Cross-Cultural Education: A Dialogue among Cultures and her anthropological dance thesis Poetry in Motion. She continued her UN research work on excavations of Iranian archeology emphasizing the preservation of ancient and mystical dances of Indo-Iran. Farima’s dance and spiritual training spans years of intensive research with master artists, scholars, and spiritual teachers worldwide. She has been privileged to study with great masters and at great institutions such as the San Jose Ballet, Nancy Rose and Dr. Golberz (Director of Kafkaz Dance Company of Turkey), Dr. Anthony Shay (Director of Avaz Dance Company), Robert De Warren (Director of National Ballet of Iran), Dr. Lloyd Miller (Director of Eastern Arts), Dr. Johanna Movassat (Professor of Middle Eastern Studies), Dr. Jorge Miller (Professor of Archeology), Sufi master and Dervish Dr. Rahmi Oruç Güvenç of Turkey, Sufi masters and dervishes of “Yarsan” Khorasan and Kurdistan, various nomadic dance masters and ethnic tribes of Iran and Azerbaijan, and her mother and grandmother who were her first dance teachers and mentors.

Farima has been honored with numerous awards in performing arts communities for excellence, cultural diplomacy and preservation, and for expertise of leadership. Farima is the recipient of the prestigious UN/UNAaward for her dance ethnology research and globally advocating dance education, inspiring positive personal and social change, as well as advocating dance history and dance archeological preservation. She has been similarly recognized by the European Union. Farima has received an appreciation award by the Turkish Ministry of Art. She is the first Iranian-American to perform live at the Temple of Artemis in Ephesus, Turkey, first Iranian-American woman to perform and be recognized by the National Folk Dance Organization of America, and her Simorgh Dance Collective was the first Iranian dance company, directed by an Iranian woman to perform during a reception for President Obama. She has also been recognized by Congressman Mike Honda, Alaska Governor Bill Walker, the Iranian Woman’s Rights Committee “30 Voices”, Tumata (Music and Cultural Organization of Turkey), San Jose City College, San Jose State University, Cal State Hayward, Bay Area Dance Watch, the Payvand Cultural Group, Iranian Inspiration Organization, Vienna Conservatory, Istanbul Youth Art Conservatory, and the University of Manchester. Farima is the first woman to lead a zikr and ancient Persian healing ritual within modern Turkey. In 2018, she became the first American-Iranian woman honored to be a TEDx dance speaker and performer. She is the first Iranian woman artist to receive the Bay Area Dance Watch Single Rose honorary award. Farima’s research and unique approach to classical and sacred dance and her research in ancient healing rituals are now being used in many educational institutions, dance schools, and healing centers worldwide.