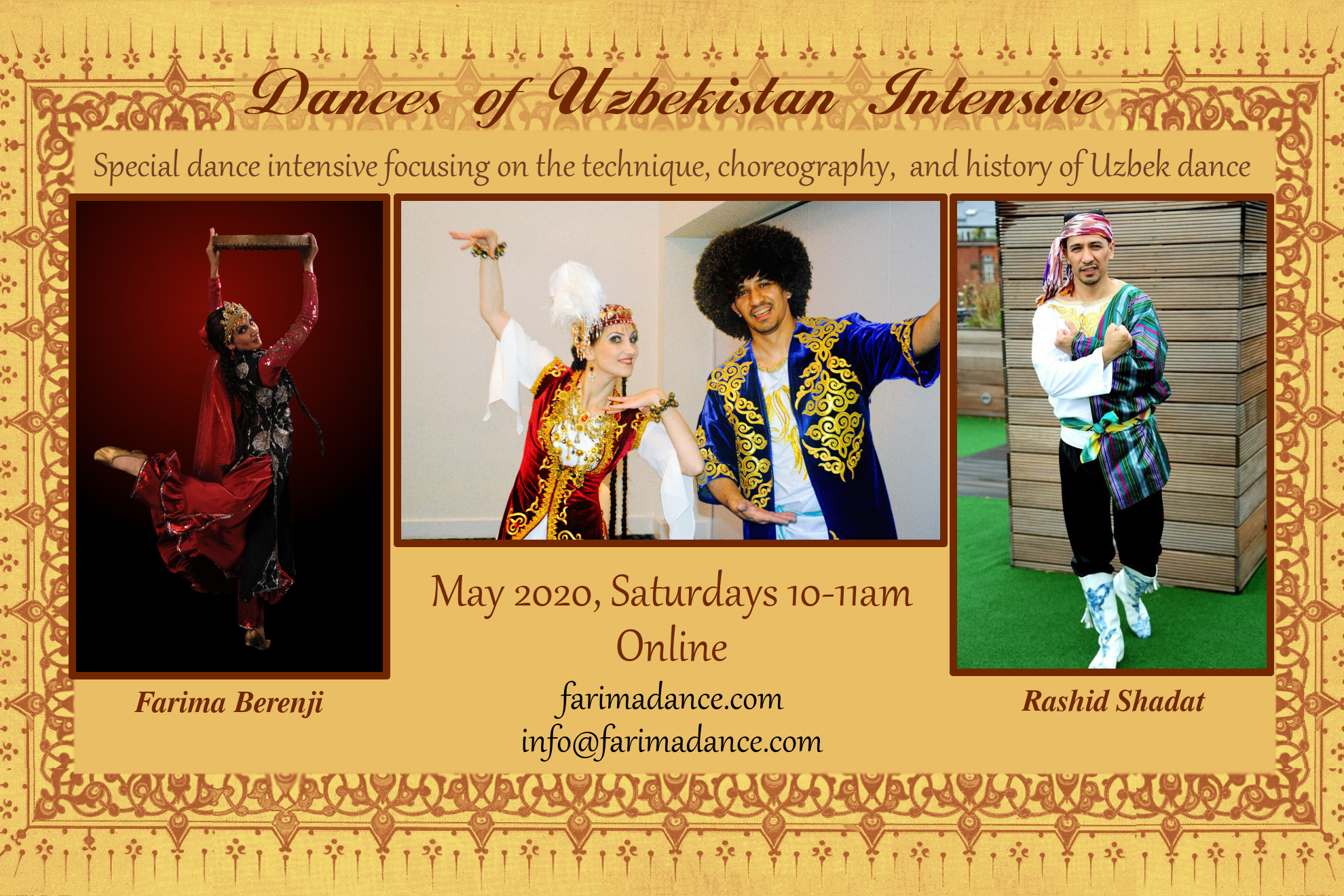 Part of our Silk Road dance intensive program. At each monthly intensive you will learn history, music, costuming and choreography from Farima and guest master instructors. The program focus by month includes:

Class meets weekly on Saturdays. Register by the first monthly class for $15/week for the month of May or pay $20 per class. Discounts are available if additional courses are taken during the month from farimadance.com.

Rashid Shadat
is a well-known performer, originally from Tashkent, Uzbekistan. His work in Central Asia included lead roles in popular films during early 2000’s, plus regular TV appearances and as a daily radio host on Auto Radio Hamroh FM102.
With over 10 years of theatre experience including acting and directing, Rashid is also a well known folk dancer, having performed at dance and music festivals in London, Sweden, Greece, and Germany.
Now living in London, Rashid has expanded his portfolio to include work as an extra in big budget films. In 2015 alone he worked on Spectre (James Bond), Star Wars: The Force Awakens, Mission: Impossible – Rogue Nation, and others.
In addition to film, Rashid is also well known in London as a host for cultural and arts events, and starred in his own one-man show, Dervish, at the Lion and Unicorn Theatre in 2012.

Farima Berenji
is an Iranian-born scholar and an award winning, internationally acclaimed performing artist, choreographer, instructor, lecturer, dance ethnologist, and archaeologist specializing in classical, folkloric, and sacred dances of Persia and the Silk Road. Her training spans a lifetime of intensive collaboration and research with master artists, scholars, and spiritual teachers worldwide. She is the founder and artistic director of the Simorgh Dance Collective, a worldwide collaborative devoted to teach dance technique, interpret, illustrate, present, and perform dances of the Silk Road. Farima performs, offers workshops, and lectures worldwide upon request and has appeared in the US, UK, Austria, Czech Republic, Turkey, Mauritius, and Iran. Read more at farimadance.com