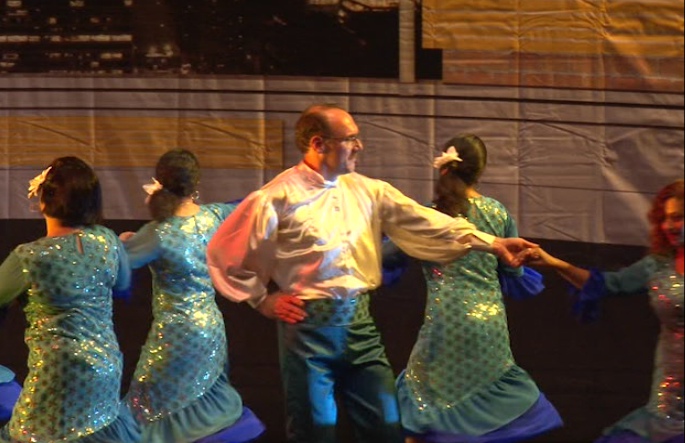 Kevin began dancing at the early age of 5 and so far hasn’t been able to stop. As an international folk dancer and proponent for over 25 years, he travels the globe in dance regularly throughout Europe, the Balkans, the Middle East, Asia, and occasionally Latin America and Africa yet still returns home nightly. An avid and lifetime learner of dance from all cultures, he has performed Macedonian, Croatian, Serbian, Romanian, Turkish, Romani, Greek, Persian, Israeli, Azeri, Tajik, and other folklore dances in amateur ensembles or with professional dancers. He enjoys recreational dance of all cultures with all people.

Since 2006, Kevin has studied Bollywood dance first with Mona (Sampath) Kahn and Aditya Patel under Naach and later with Aditya Patel under Gurus of Dance. He has performed with dance teams in semi-annual Bollywood productions each year since 2006 for audiences up to 500 people at venues such as the McAfee Center for Performing Arts (Saratoga) and the Mexican Heritage Theater (San Jose), to name a few.

He has studied and performed dances of the Silk Road and whirling sacred dance with Farima Berenji since January 2009.

Kevin is well known and welcome member and/or volunteer with the following dance organizations: the Folk Dance Federation of N. California, the former Middle Eastern Culture and Dance Association (MECDA) now Bay Area Belly Dance and Music Association (BABDMA), and Dancer’s Group. He was a guest member of Stanford’s Yore Turkish Folk Dance ensemble from 2011-2012. He has performed and choreographed Middle Eastern and Turkish dances with professional dancers at Rakassah West, the Festival of the Silk Road, Desert Dance Festival, the Santa Clara Arts and Wine Festival, and other locations since 2008. Kevin is the 2015-2017 president of the Folk Dance Federation of N. California.

Kevin has been volunteer facilitator for Stanford International Dancers—a recreational folk dance club—since 1991, sharing responsibility in setup, programming, promotion, lessons, and facilitating dances. He has attended and supported the Northwest Folklife Festival, Seattle, WA since 1989, the San Francisco Ethnic Dance Festival, the San Francisco Free Folk Festival, and from 2009-2014 promoted and volunteered for the Festival of the Silk Road, San Jose. He is administrator for the Mountain View Dance Workshops meetup on meetup.com helping to find instructors and announce local dance workshops of all types.

Kevin enjoys ethnic dance music and has an extensive recording and dance notes collection. Finally, Kevin is immensely grateful to and humbled by all the amazing dancers he has met, learned from, and shared a dance floor with in his life.