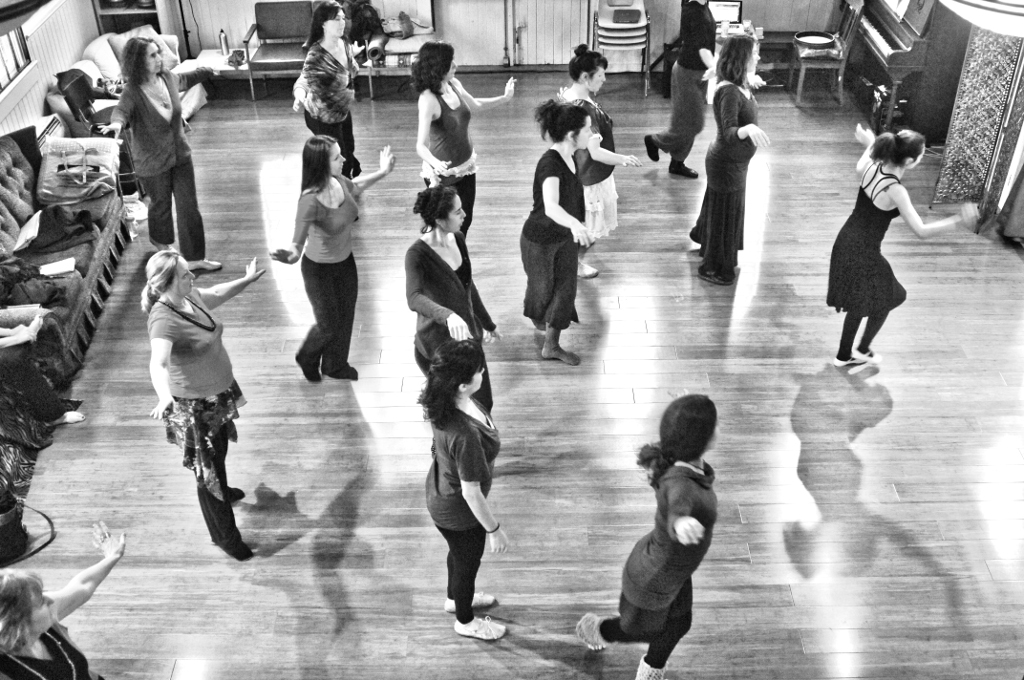 The Abbey Studio is excited to welcome back Farima Berenji for a weekend dance intensive exploring Persian classical and popular dances. In this two day weekend intensive Farima will teach 2 different styles: Dances from Early Qajar Dynasty ‘A Rose Garden’ and Persian Contemporary/Pop. Farima will teach history, costuming, technique, and choreography related to these dance styles. All dancers, beginners and returning students, will find new challenges and inspiration in Farima’s teaching style!

Full weekend: $200
Simorgh Collective members may inquire for a discount. To register send $100 deposit via e-transfer to Cathy Stoyko OR drop off cash in person at the Abbey Studio OR, snail mail cheque made out to Cathy Stoyko at

We will break for a potluck lunch and Q&A each day 12:30-1:30PM. For those from out of town there are several cafe’s and a natural food market a 5 minute walk from the studio.

Dances of the Royal Court and the Rose Garden Choreography

Learn the elegant dance styling of the 19th century Persian elite and the courts of the Qajar Dynasty. You will learn the art of graceful hand movements, flowing upper torso, delicate hip movements, and expressive eyes and facial expressions from an age when refined, luxurious, and feminine aesthetic qualities were celebrated.

As part of this workshop you will learn a Royal Qajar Court Dance choreography set as gathering among the elite in a Persian Rose garden. The choreography is based on the story of Taj Saltaneh a Persian princess and memoirist of the Qajar Dynasty who was an influential in the woman rights movement. She was a prominent founding member of Iran’s underground women’s rights group Anjoman Horriyyat Nsevan or Women’s Freedom Association. She was a writer, a painter, an intellectual and an activist who hosted literary salons and gatherings in her garden at her house once a week.

For Qajar dance feel free to bring a prop. We will use various props that was used in the royal court dances. Such as poetry book, frame drum, musical instruments, sashes, tea glass and flowers.

In this workshop you will get an overview of Persian Ethno-Modern dance and Persian Pop 6/8 style, followed by a fun Persian Pop choreography! Most Persian modern dancing is entirely performed to 6/8 time signatures called “shish-o-hasht.” Typically in Persian modern/pop dancing, the upper body motion is emphasized, along with hand motions, hip undulations and facial expressions being points of attention. Persian pop dance is often performed at family parties, birthdays, weddings, and many festivals.

In the early 19th century, new styles of dance began to develop in Iran. Artists began to travel to Europe, which created a bloom of modernism in the arts, particularly in the royal courts. The West, largely as a result of political connections with France, England and Germany, increasingly influenced Iranian art and dance. As a result, dancing changed dramatically and the classical Persian dance styles merged with Western ones. For example ballet, flamenco and various eastern dances had and continue to have a great influence in Persian dance. As a result, dances began to be infused with other cultural dances and took on a much more modern approach. Dancers began to appear on main stage and televisions. Government began to sponsor dance companies to travel. From here on, rather than having dances being only done at temples, rituals or for royal gatherings, dance was now public and for everyone.